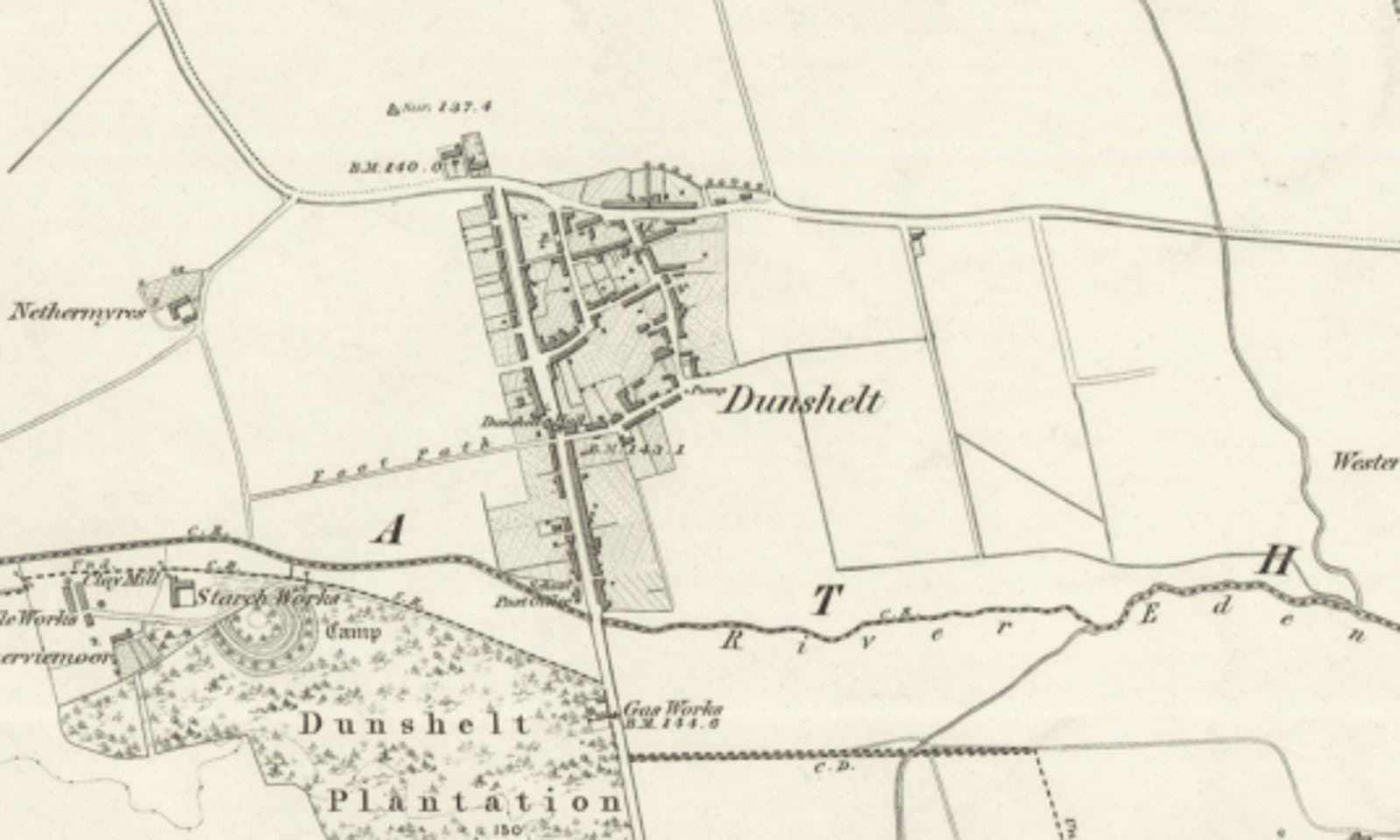 The name itself gives rise to minor controversy, with two alternative spellings in common use. According to one source its name was derived from 'Inschalt'. However the name ‘Dunshalt' (sometimes spelled ‘Dunshelt') is, according to legend, a corruption of the term ‘Dane's Hold' after a local encampment of invading Danes who were defeated at Falkland Moor.

Some also believe the name comes from the Gaelic, "dun" meaning a fortification, with the earthworks of a prehistoric fort still visible.

Settlements in the Howe of Fife are well documented from the 17th century and before, with Auchtermuchty and Falkland featuring on the oldest maps. Also on these maps are many names familiar to today's population - Myres, Ready, Kilwhiss, Raecruik, Woodmill, Lathrisk and Shiells to name but a few.

The first mention of what is now Dunshalt is in a 1775 and subsequent 1805 maps as Dunshill. By 1828 it had become Dunshelt, appearing on all subsequent Ordnance Survey one inch maps until 1989 as Dunshelt. So only for the last 30 years has it been Dunshalt! 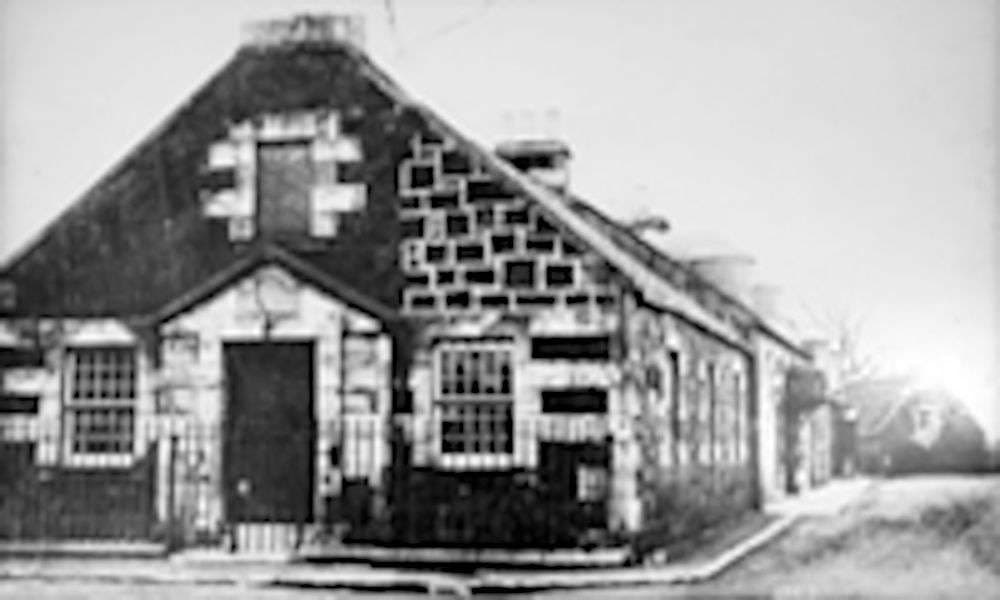 A key development in the village's history came in 1805 when the Loch of Rossie - then the largest inland body of water in Fife - was finally drained.   Now able to be cultivated for agricultural use, flax became the principal crop feeding a burgeoning linen industry. The Eden bridge at the south end of the village was completed in 1820. The period from 1840 to 1875 saw completion of the Village Hall, New School and Evangelical Church.

The Valuation Roll of 1855 identifies the village as having 160 premises, of which no less than 16 are clearly identified as 'weavers shops' and no less than 43 as shops. (These may well not all be 'shops' as we understand them today, but rather a shortening of 'workshop' and 'loomshop' which are seen in earlier and later valuation rolls). In1861 the village had a recorded population of 567.

The 6 inch Ordnance Survey Map of 1854 identifies a Corn Mill (Cash Mill), Starch Works, Clay Mill,  Brick and Tile Works and Gas Works. The Old School and Post Office were at that time at the south end of Main Street. Evidence of the village's past remains to this day, including house and streetnames.  Designs for a new school were published in 1861, and this opened in 1875. 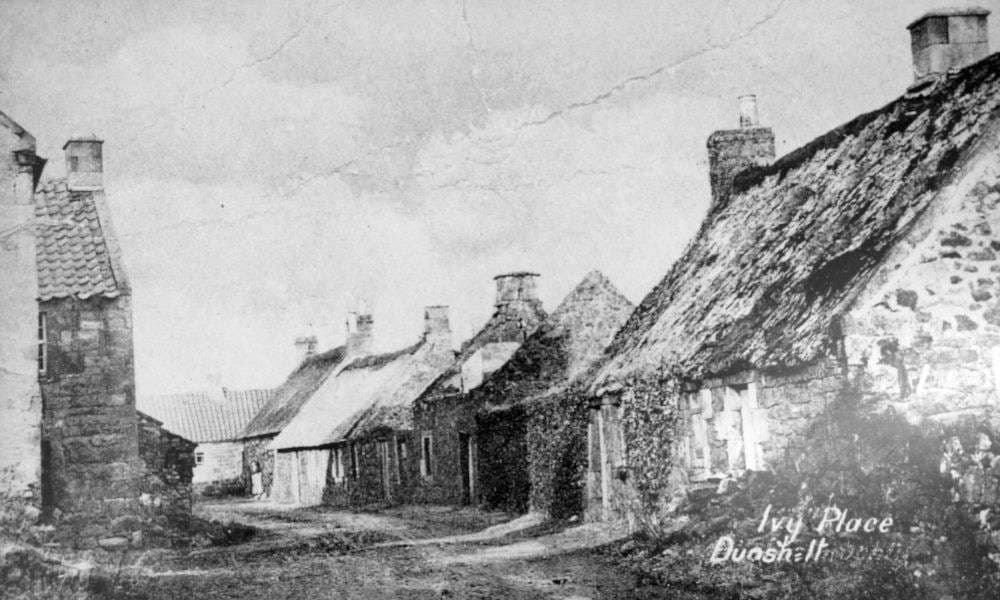 By 1895 the Valuation Roll records only 2 remaining small weavers, seven shops and the ever present Duncan's Blacksmith. By 1905 the linen mill had been taken over by the much larger Erskine Beveridge & Co Ltd, Dunfermline, and areas of the village (Ivy Place photo, above) were already in serious decline.

The  25 inch Ordnance Survey Map of 1895  and 25 inch Ordnance Survey Map of 1912 provide an amazingly detailed picture of how the village looked at this time, with precise detailing of every individual building. By then the new school had been built in the centre of the village, the Post Office had been re-located to half way down Main Street and a Public House is recorded at what is now number 12 Main Street. Every water pump is marked, of which one remains in place today, just south of the Eden bridge. 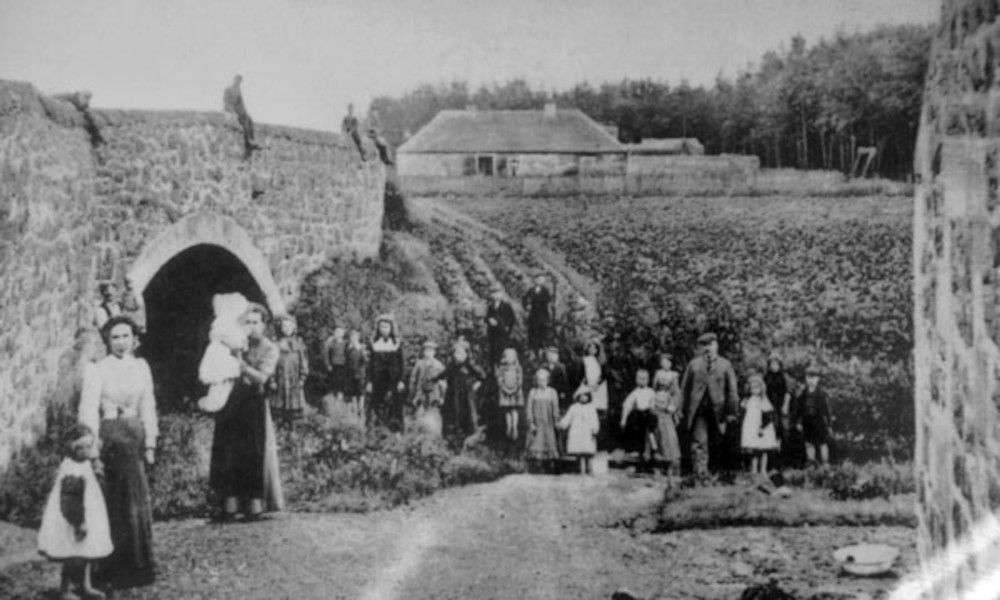 Into The 20th Century

In 1913 Macdonald's Scottish Directory and Gazetteer records the following businesses in the village:

In 1927 the Feuars in the village gave up their rights to maintain a bleaching green along the north bank of the River Eden, upstream of the bridge, in return for an annual payment of £1:10/-.In addition, it was written into the agreement that everyone in the village retained the right to use the Ford Road for the purposes of drawing water and watering beasts. The Feuars, in turn, agreed that this payment should be made annually to the Dunshalt Community Council.

Between 1925 and 1930 the Valuation Rolls show that the rise of the automobile had led to the opening of not one but two workshop / garage / petrol pumps in the village, in addition to the existing smithy / stable / byre.