The Royal Commission on the Ancient and Historical Monuments and Constructions of Scotland Report 1933.

This fort at an elevation of 150 feet above sea-level, about 100 yards south-east of Dunshelt Tile Works, and on low-lying ground which was originally marshy but, at a later time, was drained and planted. The trees were subsequently cleared away and, as the result of such operations, the fort, which is circular on plan, has been entirely destroyed on the northern arc.

When complete, it measured 315 feet in diameter over all from north-east to south-west. It consists of a main enclosure surrounded by four well-defined ramparts with intervening ditches. The enceinte lies with its longer axis north-west and south-east and measures 141 feet by 120 feet.

Within there is a small enclosure of circular form, measuring 45 feet in diameter and surrounded by a low, widely-spread ridge or bank without any break. This last feature is unusual, but occurs in one other instance in the county of Fife (NO31SE 29), and it has been noted at Peace Knowe, West Lothian (NT07SW 7).

The entrance to the fort is carried over the ditches, on unexcavated ground, from the east south-east and narrows gradually from 34 feet wide at the outermost rampart to 18 feet wide at the main enclosure. The two inner ditches are narrow, being simply the hollows between the three inner ramparts, which are concentric and closely set.

The outer ditch presents a distinct contrast. It is flat-bottomed and has an average width of over 30 feet, while its appearance suggests that it was originally wet. The ramparts, which vary in breadth at base from 18 feet to 29 feet, have been constructed entirely of earth, and rise to an average height of about 4 ½ feet. The outermost rampart has been broken for a short distance on the east north-east in a search for clay for tile-making. 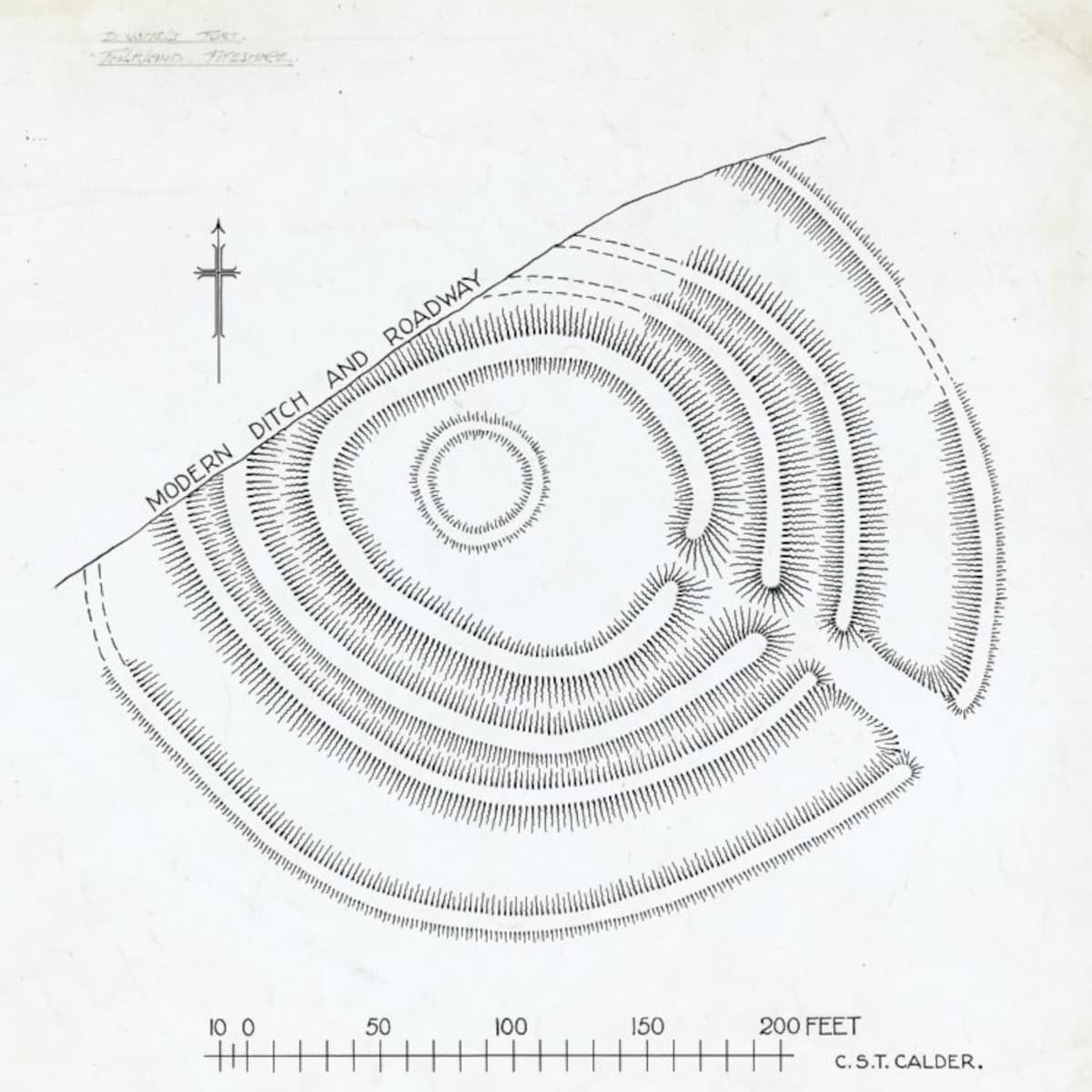 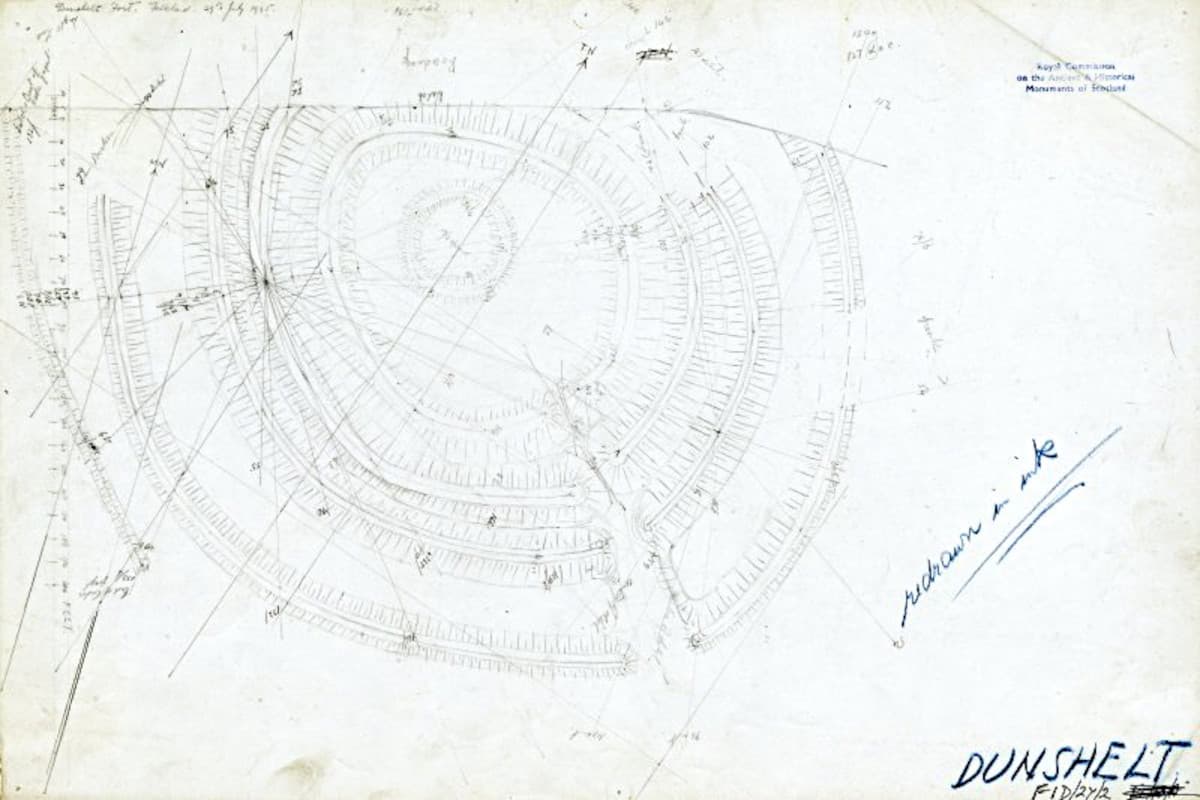 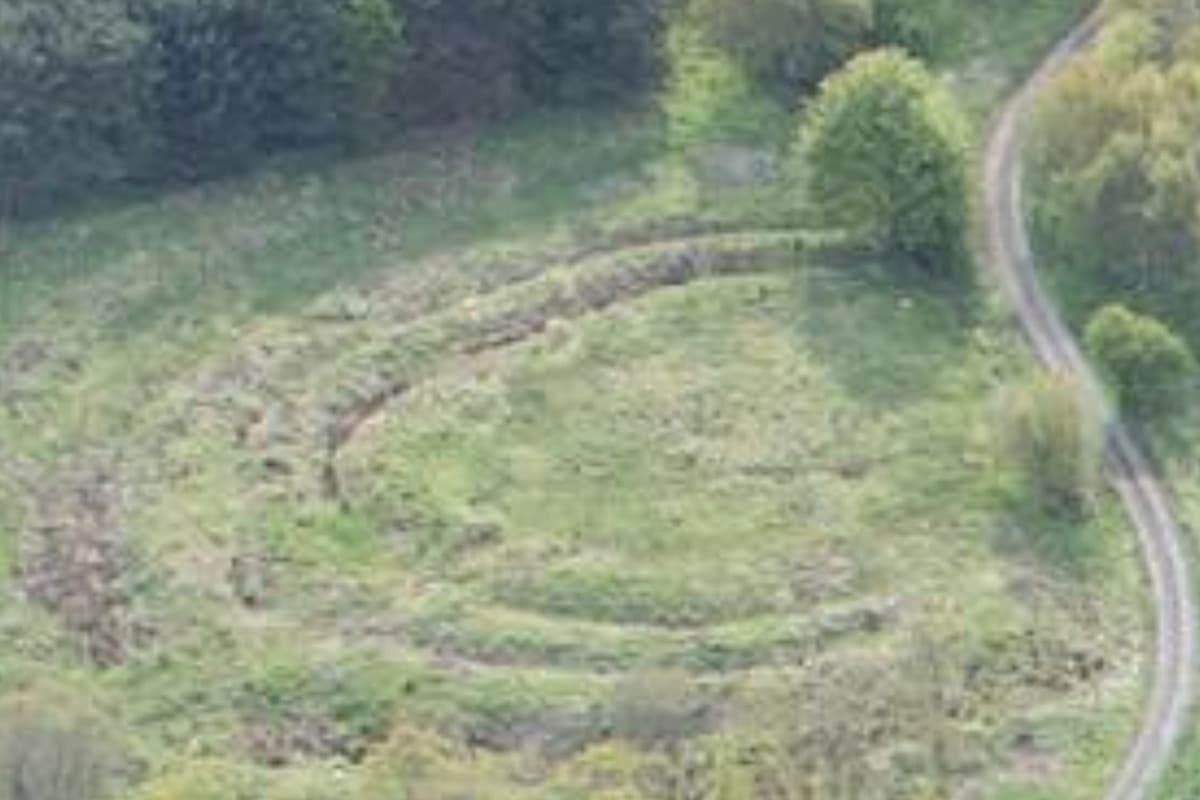